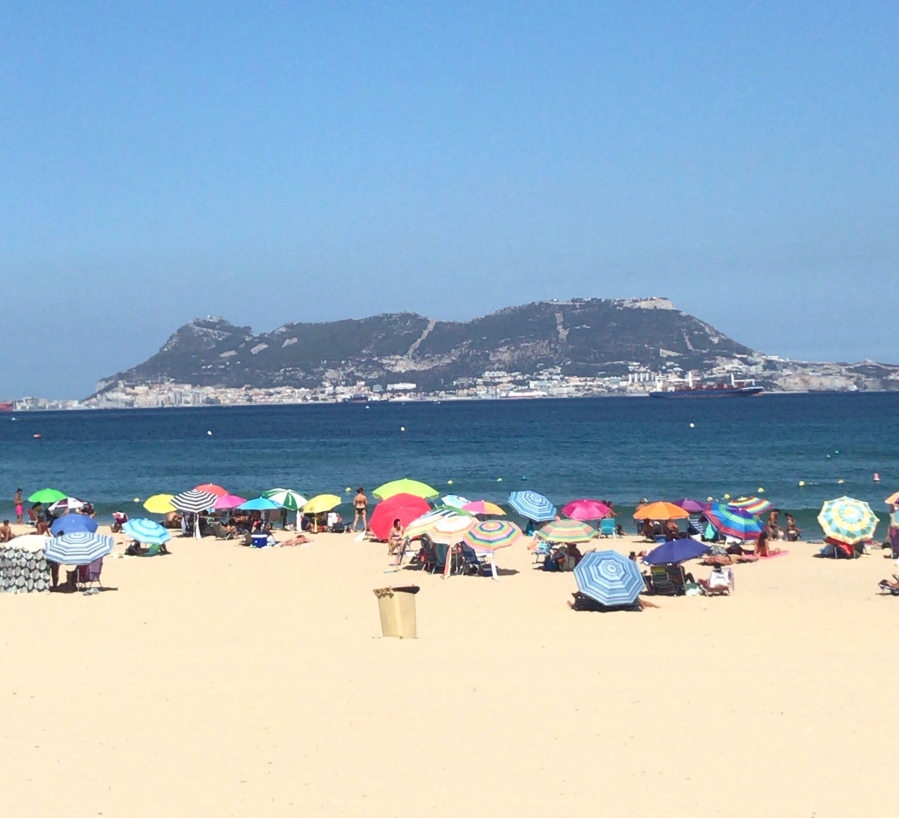 “The lights of Gibraltar poured out of the sky like a heap of diamonds on the flat dark sea.”

– Laurie Lee ‘A Rose for Winter‘

I first glimpsed ‘The Rock’ from the industrial shores of Algeciras, a looming expanse that I initially mistook for Africa (my sense of direction is awful).

Perched between Spain and North Africa yet British by nationality, it is an intriguing and highly contentious place that I was eager to see. You can enter Gibraltar by car or by walking across its airfield.

We drove to La Línea, the Spanish town closest to the British border of Gibraltar. We parked up at a roadside and began to walk towards the passport control. First one to exit Spain, second one to enter British overseas territory. 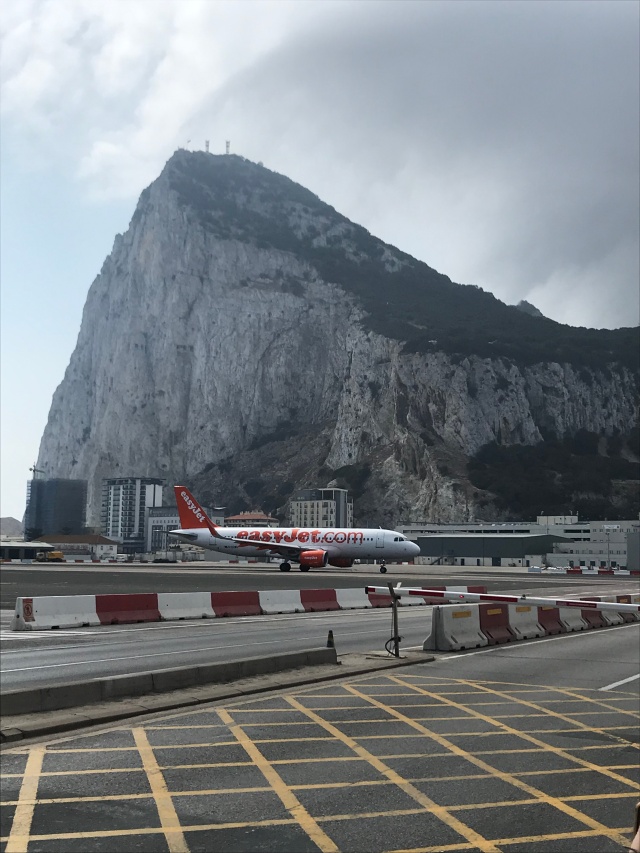 The barriers suddenly came down as we were between states and guards held us back.

With a roar, an easyJet plane swooped into landing and only moments later, the barriers were up and we could continue with our entry into Gibraltar.

The population of Gibraltar is just under 30,000 (!) and approximately 13,000 people cross the border to work there every day. Avoid attempting to enter Gibraltar at peak times because you’ll be caught in queues for an hour or more.

Gibraltar was Spanish until 1713 when it became a British Overseas Territory via the Treaty of Utrecht. The British saw it as a desirable territory due to its strategic position for trade and naval ships.

Obviously, this continues to be the topic of debate and protest as many Spanish people believe Gibraltar is Spanish and should be legally returned to Spain. On both sides of the border, there is plenty of graffiti which says ‘gibraltar es español‘.

I don’t want this blog post to become political so I am not going to write any further on this; I have lived in Spain and adore Spain, and I also happen to be British. 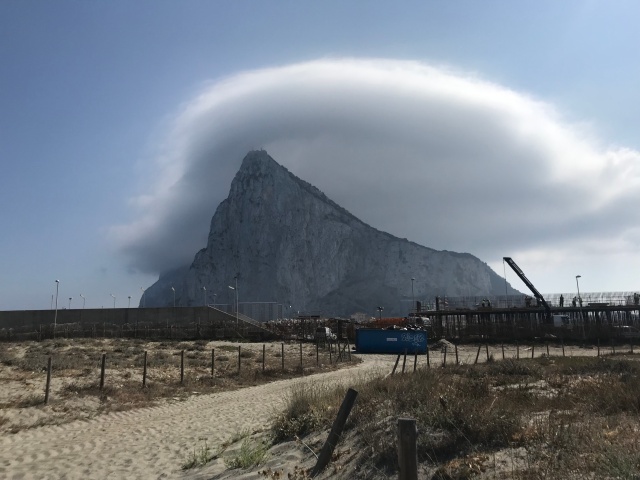 One of the first things you notice is the immediate weather change; Gibraltar seems to have its own micro-climate which is gloomier and rainier than Spain. From a distance, you will likely see a heavy cloud enshrouding the rock which the Spanish call ‘la boína‘ (the beret) as it sits like a hat.

The climate in August is humid and dull. If it wasn’t for the heat, you could easily mistake it for British weather.

Another thing we couldn’t help but notice was all the barbed wire surrounding Gibraltar. It symbolises barriers between nations and looks/feels very hostile… 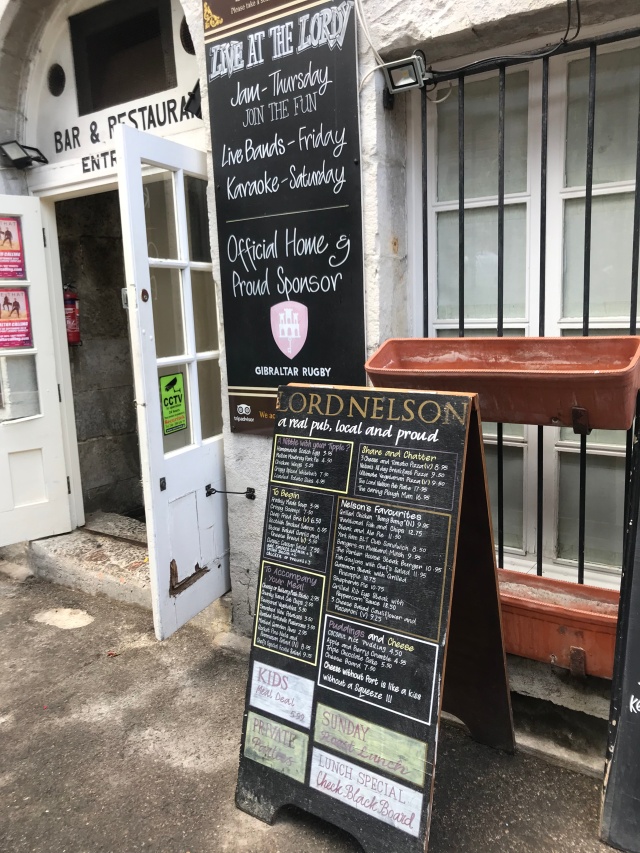 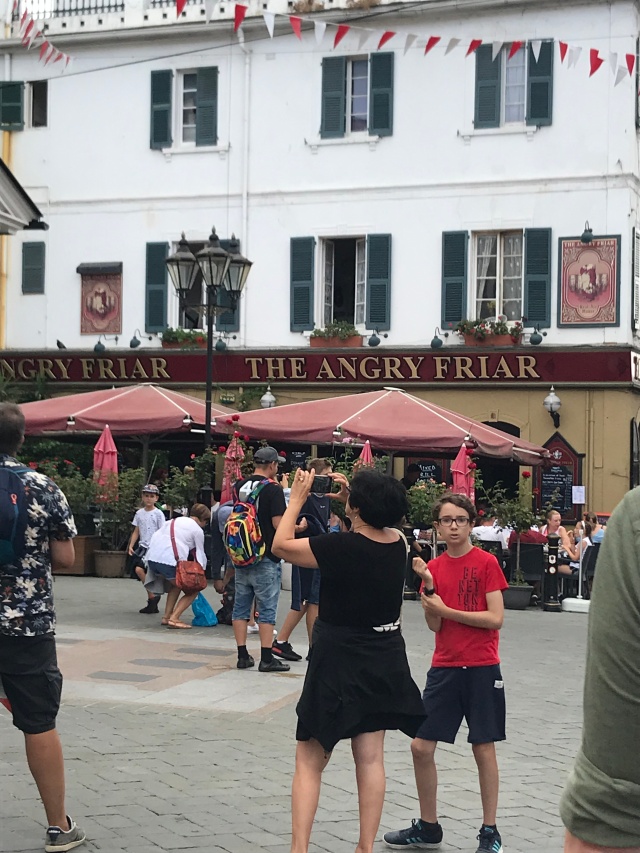 The second thing you notice is how everything is named and styled in almost parodical British tradition. There’s ‘Winston Churchill Avenue’, red phone boxes and pubs with loud, garish chalk boards announcing their deals on PINTS (a measure not served in most Spanish bars except for British tourist hotspots on the coast) and PIES.

I did love this pub name ‘The Angry Friar’ though. (above) 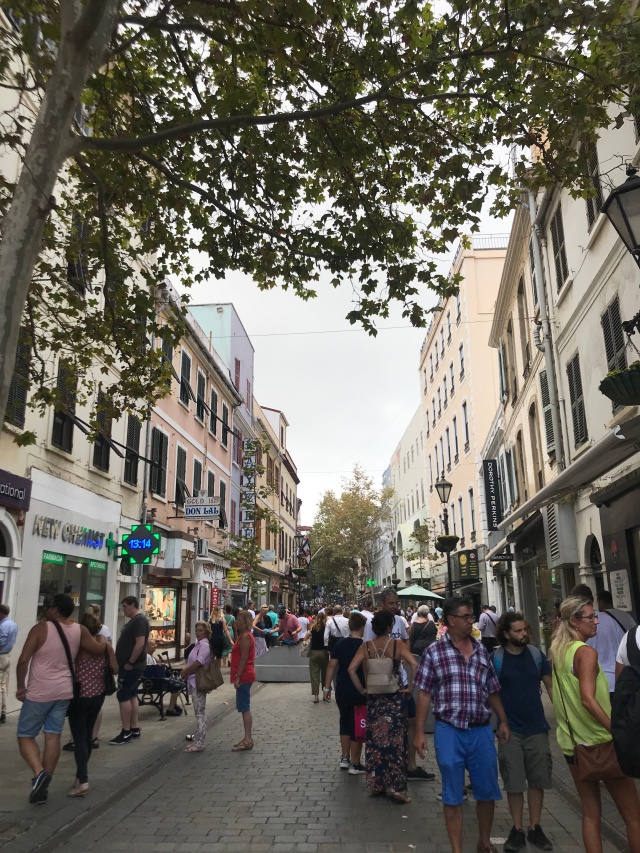 The high street has loads of British names such as Boots, Morrisons, Marks and Spencers etc but if you look slightly above, you’ll see the architecture style of the buildings is still not typical of Britain and not Spanish style either.

Moving on, we approached the cathedral which was quite staid looking from the outside but quite unique on the inside. There are flags and military medals, plaques and other tributes to British and Gibraltarian commanders through the centuries.

“From a distance, you will likely see a heavy cloud enshrouding the rock which the Spanish call ‘la boína’ (the beret) as it sits like a hat.” 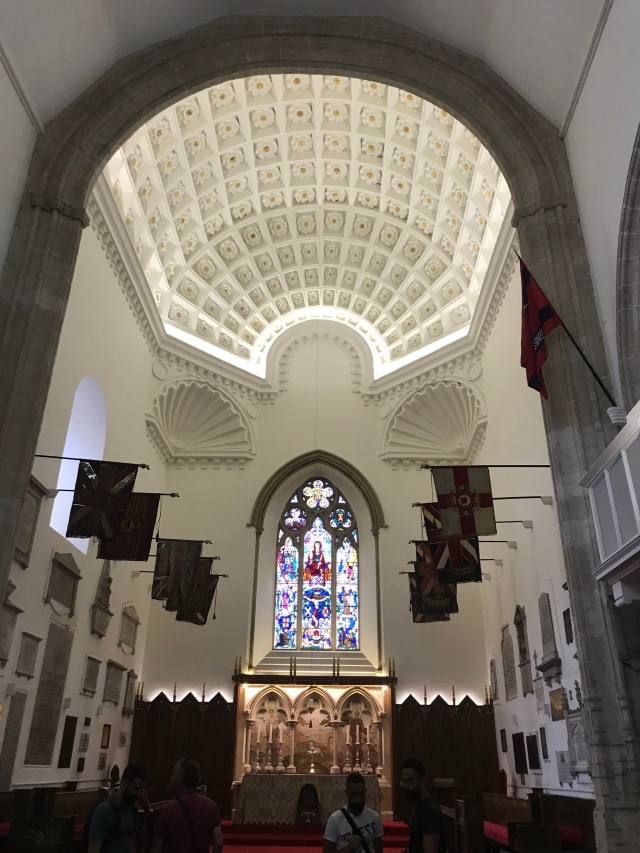 Gibraltar isn’t particularly trendy however there was one striking wall which stood out against the grey and gloom. I’m not really sure what it is but it seemed photo-worthy. 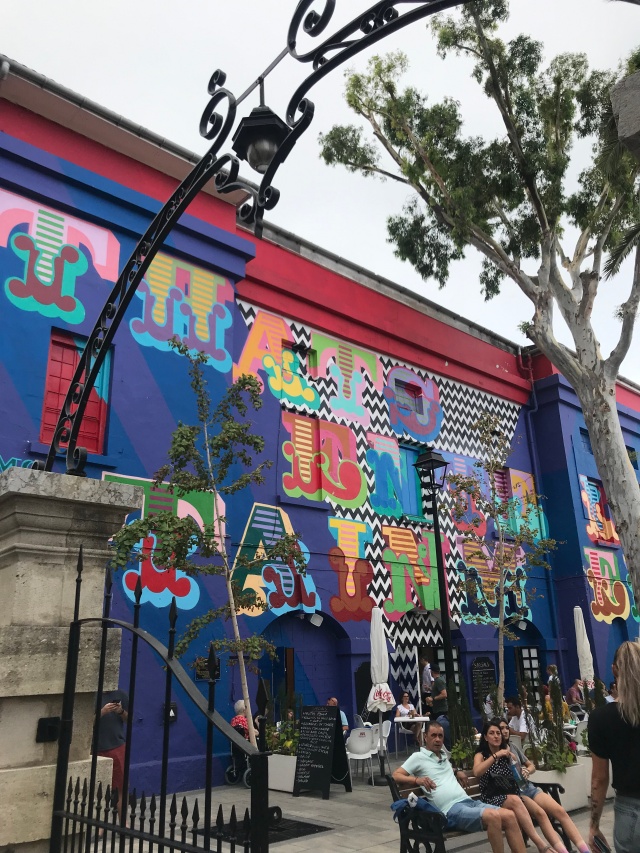 One of the main things people will do in Gibraltar is take one of the cable cars up to the summit but the day was too misty and didn’t seem worth the extortion of 90 euros or whatever it is. It’s a shame as I was hoping to see the macaques up at the hill and to see the panorama of the strait of Gibraltar.

If you do go up there to hang out with the monkeys, remember one thing: make sure you don’t have any food on your or in your bag as they will jump on you and attack you. They’re cute looking and can be playful but they can be vicious when they’re after food… 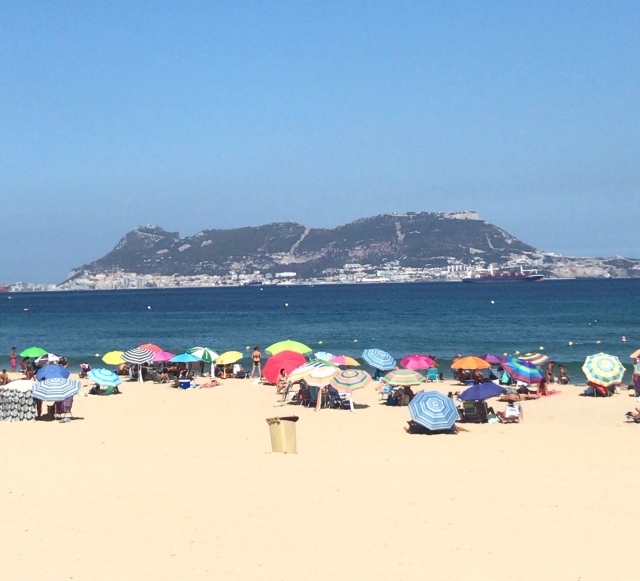 Another strange fact is that Gibraltarians are sometimes referred to as llanitos which translates literally as flat plains which is ironic given that Gibraltar is anything but flat- it is an actual rock!

Gibraltar was initially known as Mons Calpe but after the Islamic conquest, it was renamed Jabal Ṭāriq which means ‘The Mount of Tariq’- Tariq ibn Ziyad was the Berber commander who lead the conquest. It has changed hands many times over the centuries and has a much more interesting history than you might think when it is generally thought of as a hotter Britain and a bit of a novelty.

In honesty, there isn’t an awful lot to do there but it is intriguing and definitely worth visiting out of intrigue. Lots of Brits living in Andalusia make the journey to Gibraltar to get to Morrisons and M&S to stock up on British fare they’re missing.

The author Laurie Lee described Gibraltar as “a piece of Portsmouth sliced off and towed 500 miles south.” He’s not wrong! Go and see it for yourself, its hyper Britishness and bizarre climate!