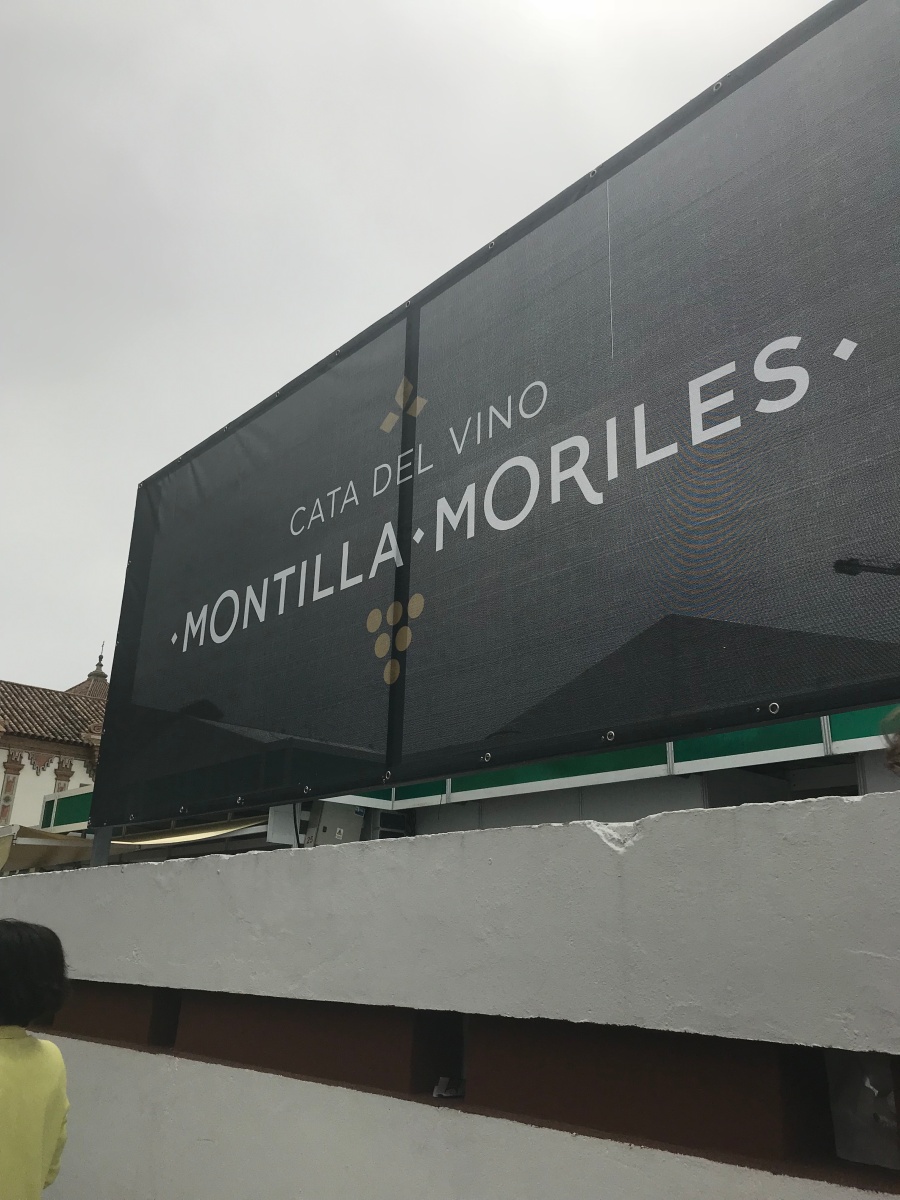 The first notable thing about the Cata del Vino de Montilla Moriles in Córdoba is that there is no red wine!!! <Insert shocked face emoji here!>

Montilla-Moriles is a Spanish D.O of wine (denominación de origen) found in the villages of the province of Córdoba. Here, they produce sweet dessert wines very similar to sherry, known generally as fino. It is a taste I am still becoming accustomed to after almost three years of living here but I guess it’s as with all wines that you have to take time to find the ones you like. Regardless, I’m a red girl and always will be!

Luckily, this year I was given a list of the nicest normal white wines to be found at the Cata (Cata just means a wine tasting event) and this was a saviour! No more wasting precious wine tokens on your reloadable card on bitter-tasting sherries with a handy list in your pocket. Thanks Jim! The staff will also talk you through their wines and allow you to sample it first before you pay for a glass.

“People dance ‘Sevillanas’ which to the onlooker seems like rows of spinning tops or carousels as they spin around each other with their arms circling as their feet kick the dust up into the air.”

This is how it works: you can attend either the day session or the evening session but it is much more trouble getting into the latter. You buy your tickets online for 12 euros which also entitled you to FIVE glasses of wine. Yes, five. I am from Liverpool where nowadays a glass of standard wine will set you back £7 or so and you can’t always guarantee that it will even be nice.

In Spain, I am now used to spending 2 euros on what is always a lovely glass of red. At the white-wine monopolised Cata, although I’m not a massive fan of them, I still think 5 glasses of wine for 12 euros is a ganga as they say here (a bargain).

The appeal of this event isn’t so much in the wine itself; it forms part of the annual spring festivals line-up of Córdoba when the arrival of the sun (before it becomes intolerable) is celebrated by people and there is a joyous vibe in the streets and in the air.

The Cata kicks this off, usually a week or two after Semana Santa (Holy Week, or Easter). Everybody gets excited for this because they know it’s the start of two months of celebrations. Inside the festival, it gets pretty cramped at times and for some reason it’s so much hotter here than just outside in the street. People don’t seem to mind this though and embrace it, dancing Sevillanas which to the onlooker seems like rows of spinning tops or carousels as they spin around each other with their arms circling as their feet kick the dust up into the air. 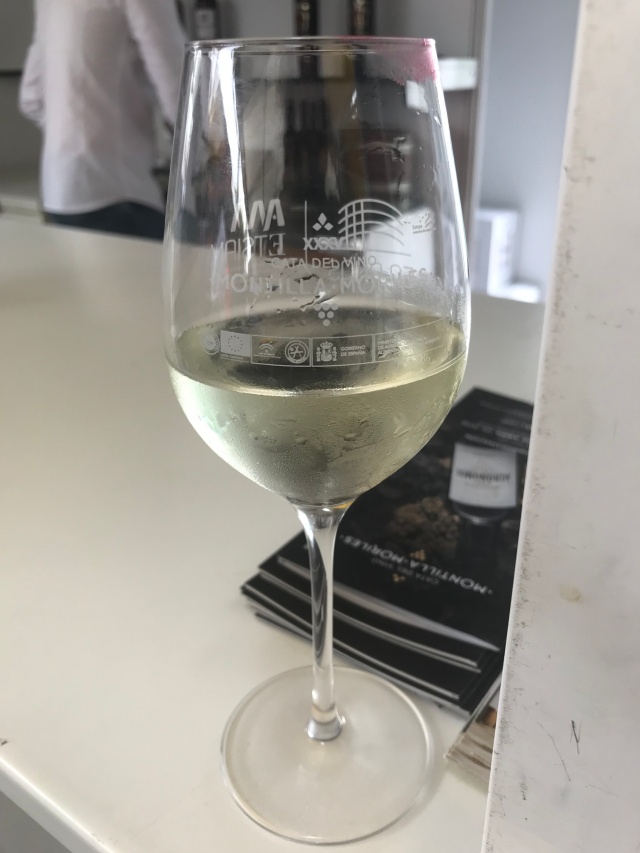 Of course, all the usual Córdobes dishes are available here including ‘rabo de toro’ (beef), ‘flamenquin’ (ham rolled and wrapped in cheese and fried breadcrumbs), cured cheese and jamón. They all go so well with the wine and provide a bit of sustenance for being able to continue on into the night. I will write another blog entry on Andaluz dishes very soon!

Previously, I preferred to attend the night session but queuing up for over an hour despite having pre-bought tickets online was a big deterrent. For the day session, you walk in freely without queuing which is much more appealing than the long queue that forms for the night session.

The Cata del Vino is now an integral part of the Córdobes spring calendar, celebrating its 35th anniversary this year. I would still love it if they served red wine here but it’s just not cultivated so much in the province. I’ll save that for a drive around the bodegas of La Rioja in the future 😉 .

What’s the best wine tasting event you’ve ever been to? Where was it? Leave all wine related comments below!

A Silent Violence- A dual poem on intrusive staring 🚫. Information from @ourstreetsnow on what this is and why it is a form of public sexu@l harassment can be found on slides 2&3. This poem can be read both red column then blue column, or as left to right- a structure I’ve chosen to reflect the action and feeling of intrusive staring.
✨100 Lovely Things✨ in August I read The Sweetness of Life after seeing it recommended by @hannahnozza . It is a short book that lists lots of lovely things in the every day, and it inspired me to write a (much shorter) list of my own. I really recommend it as a writing and gratitude exercise! You can read my 100 Lovely Things on my poetry blog. ✨ ~ Link in bio ~
🇮🇹 Montepulciano 🍷, Tuscany, is now up on my travel blog 🇮🇹 link in bio!
San Marino 🇸🇲 now up on the blog 🏰
🌙 We Are The Women 🌙
🇸🇮 Slovenia: Portorož & Piran 🇸🇮 ~ beautiful seaside town on the Adriatic coast bordering Italy & Croatia where we visited last month for a few days, now up on my travel blog at
🎙 I’ll be cohosting this @givepoetryachance event for @livfringefest at the @ship.forecast with @dancullo & @loulouevans on Wednesday 5th October 🎙 really looking forward to bringing some of my favourite poets on to the stage!!
🏙 City Phantoms 🏙~ link to full length poem is in my bio.
Big thank you to Matt Jacobson @explorelpool for interviewing me as part of his Liverpool Poets and Spoken Word Artists series 🎤. ⚡️The link to this interview is in my bio! ⚡️